Letter from the Chair

The arrival of August is said to usher in the dog days of summer, but in today's plugged in world the notion of a "slow month" seems rather quaint.

And so there's a lot of CRE activity to report on this month.

Our Futures group has been hard at work planning a series of educational webinars that will lay the groundwork for a scenario planning event that will explore where media and technology are heading and how audience measurement will need to adapt.

We're also planning a media modeling event for October 18 in New York. The event will include reporting and discussion on findings from three CRE research studies.

Next month, findings from our Big Data Committee's "Target Modeling Validation" study will be presented at the ANA's Data & Measurement Conference in Florida.

In this issue we also chat with Dan McDonald, the NAB's Vice President, Research, about that organization's work as well as key audience measurement issues in local TV and radio.

Thanks for reading. As always, we welcome your feedback.

A CRE Futures group, led by Debbie Reichig, SVP Media Research, 20th Television, is in the midst of creating a series of educational webinars that will lead to a scenario planning event that will explore where media and technology are heading and how audience measurement will need to adapt. Scenario planning is a strategic planning method that is used to make flexible long-term plans.

Among the webinar topics being considered are: The Internet of Things (IoT), artificial intelligence (AI), the ATSC 3.0 next generation broadcast standard, over-the-top (OTT)/virtual multichannel video programming distributors (vMVPDs) and IP convergence. Experts in each of these areas will be invited to speak.

The webinars will serve as the foundation for a scenario planning event to follow, and will be archived on the CRE's website for easy reference.

It is intended that the webinars and scenario planning event will generate ideas for future CRE research projects and white papers.

Additional details on the webinars and event, including dates and speakers, will be shared as they become available.

Save the Date: CRE Plans Media Modeling Event for October 18

The CRE is planning a media modeling event, affectionately known as "Geek Day," for Wednesday, October 18 in New York.

Invitations will be sent to Nielsen clients in the coming weeks.

The CRE will report out findings from its study, "Target Modeling Validation," at the Association of National Advertisers' Data & Measurement Conference scheduled for September 13-15 in Naples, FL.

The study's aim is to help bring transparency to the science of modeled consumer data. The study utilized data supplied by brand partner AIG Travel Insurance, recruited with assistance from the ANA, to examine how closely the modeled/lookalike targets developed by demand side platforms reflect marketers' true target audiences. The study was conducted for the CRE's Big Data Committee by Pre-Meditated Media.

The CRE chose to explore this issue because the use of modeled consumer data, which combines media audience data with consumer transactions to inform media targeting and measure ad effectiveness, has dramatically accelerated in recent years. Modeling is particularly prevalent in digital marketing, and its use is expected to become more pervasive in television.

The Committee's mission statement reads as follows: "To help ensure that the Council's membership reflects the diversity of the Nielsen client base and therefore encompasses a broad spectrum of viewpoints that are representative of the audiences being measured by Nielsen."

The Committee agreed that the next step in its efforts will be to develop a knowledge base by gathering existing information on diversity in the media and research professions. 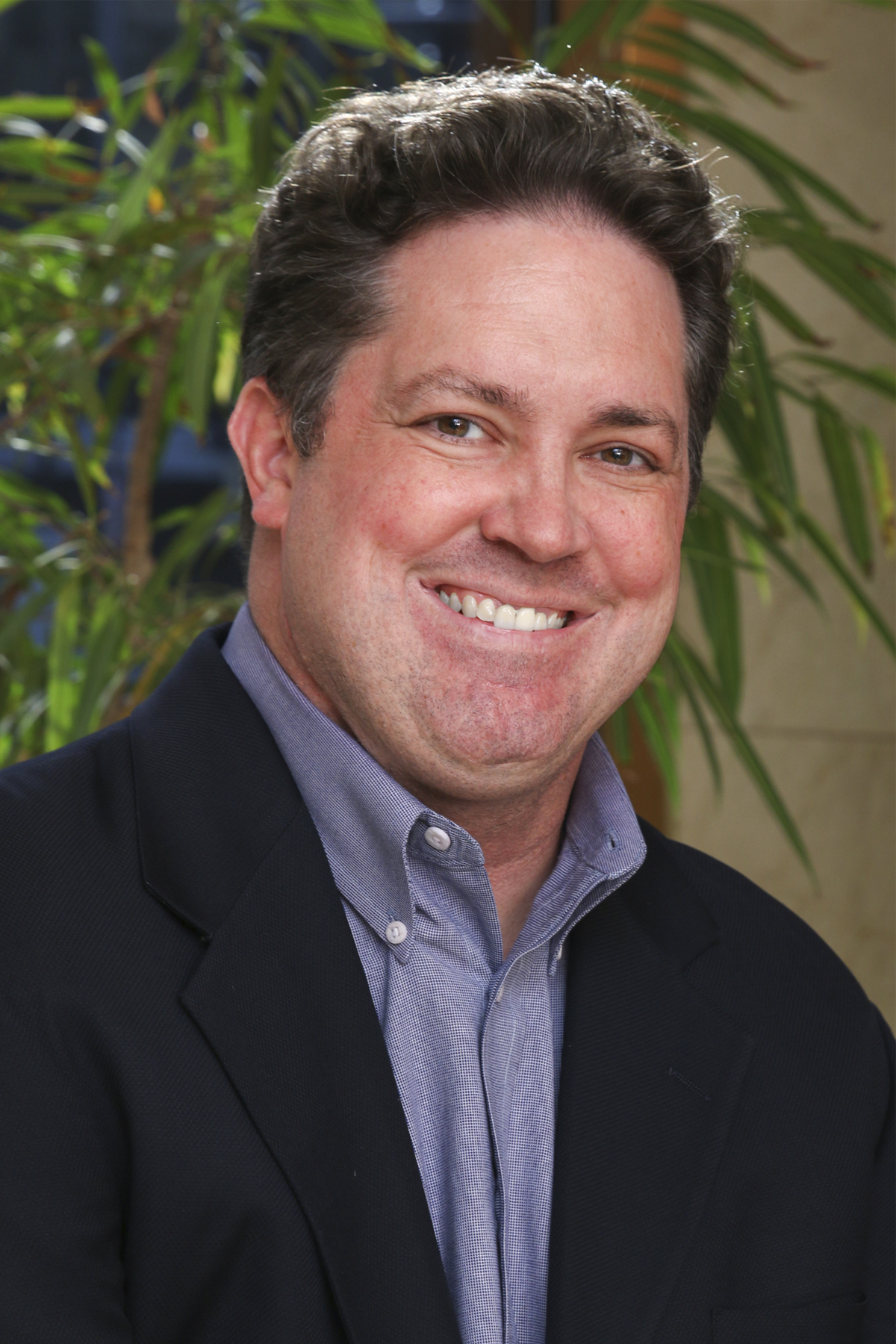 What are your responsibilities as VP, Research at the NAB?

First and foremost, the NAB is a trade association that advocates on behalf of member TV and radio stations before Congress and the FCC. The research teams priority is to support these advocacy efforts via regular and ad hoc analysis of audience and technology trends which demonstrate the vital role our local stations play in providing news, information and entertainment to their communities, particularly to underserved minority and rural audiences.

The research department also conducts a variety of annual and semi-annual studies regarding the economic health and impact of the broadcast industry, including revenue and compensation analyses. In addition, through COLRAM (Committee on Local Radio Audience Measurement) and COLTAM (Committee on Local Television Audience Committee), the NAB provides forums for member stations to discuss measurement issues and needs with Nielsen and other research vendors.

Are there any particular legislative issues in which NAB is involved at the moment?

Among the NABs current legislative priorities, the most pressing issue may be the spectrum auction repack. Due to a recently completed spectrum auction authorized by Congress and conducted by the FCC, nearly 1,000 TV stations are being forced to change their frequencies over the next 3+ years. These frequency changes often require TV stations to purchase new antennas, and radio stations with co-located antennas are also impacted. Funds set aside by Congress to reimburse TV stations for repack costs are forecast to be insufficient, so the NAB is working with Congress to ensure member TV and radio stations are made financially whole through the repack.

On the radio side, NAB has been successful in pushing back on record labels attempts to impose a harmful performance tax on local radio stations, achieving broad congressional support for the Local Radio Freedom Act. This bipartisan resolution that opposes the imposition of any new performance fee on local radio stations currently has over 200 co-sponsors in the U.S. House and 24 co-sponsors in the U.S. Senate. The NAB is grateful to know that a wide cross-section of legislators understand the symbiotic relationship that exists between local radio, record labels and recording artists that promotes music discovery, fosters musicians careers, and drives music sales.

What do you see as the biggest research-related issues facing local TV and radio?

Local TV and radio has the same research needs as national media outlets. We need larger samples that capture real-time media usage across all platforms that demonstrate the unmatched reach of our stations and the size and spending power of our audiences despite exponentially growing content choice and consumer control, all while keeping a close eye on bottom line costs. So, you know, the usual.

You are a member of the CRE's Audio and Local Measurement committees. What issues are being addressed by these groups at this time?

One project currently in progress from the Audio Committee is a white paper to establish best practices for hybrid measurement of media; that is, how best to merge different data sets from different platforms. Although the framework is being designed with the radio industry in mind, the framework will be applicable to all media. I think the final document could be impactful across all currency measurement.

I have particular interest in consumer interaction with audience research. The best media research model in the world does the industry no good if consumers wont participate. We need to make consumer cooperation with data collection as easy and turnkey as possible so that people are excited to participate with our projects when asked. As such, Im excited to see findings from the Media Consumption & Engagement Committees study on language use surrounding TV viewing behavior and whether it can help stations design primary research projects that are both more useful for stations and more enjoyable for participants.

Tell us something about Dan McDonald that we might not know.

I have a not so secret obsession with arcade claw machines. It all started at a Franklin, Tenn., pizza restaurant. My son, Andrew, was just one at the time, and I was trying to distract him while we waited for dinner. I pulled a bouncy ball out of a claw machine for a $1. My son was happy, and an addiction was born.

Nothing makes me happier than seeing Bun Bun Toys in an honest claw machine. Bun Buns are a stackable stuffed animal line that are easy pickings when lying horizontally. Plus, theyre pretty darn cute. My son and I have won 25 to 30 of them over the years via claw machines and other arcade games.

The CRE distributes a weekly digest of some top stories in the media and audience measurement industries. The topics covered include Big Data, CRE news, digital and mobile trends, network and local TV, measurement news, social media trends, and developments in the set-top box and related return-path measurement areas. These clip reports are distributed on Fridays.

This is an opt-in service. If you or any colleagues would like to receive these weekly clips, please opt in via the CRE homepage.

We want to hear from you

The CRE seeks to expand the discussion to encompass any and all topics of interest to you. We invite you to submit your suggestions, requests, questions, and comments to info@researchexcellence.com or through the "suggestions and feedback" section on the CRE website.

We hope you enjoyed this edition of the CRE Newsletter. If you would like to receive future editions and are not already a subscriber, we invite you to sign up here. If you think colleagues may be interested in receiving future editions of this newsletter, we encourage you to invite them to sign up as well.

Thank you for your interest!

About the Council for Research Excellence

The Council for Research Excellence (CRE) is an independent research group created in 2005 and funded by Nielsen. The CRE is dedicated to advancing the knowledge and practice of audience measurement methodology and comprises senior-level industry researchers.

For more information about the Council for Research Excellence, please visit http://www.researchexcellence.com/.